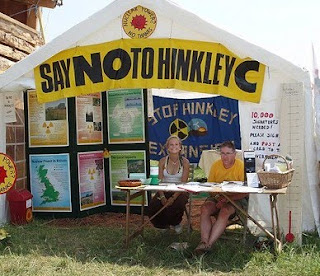 Festival goers are being asked to support a campaign against plans for a nuclear power station in Somerset.

French energy company EDF is proposing to create an £8 billion nuclear power plant 24 miles away from the festival site at Hinkley Point.

The "Hinkley C"development would be the largest site of its kind in the UK, if it gets built.

Throughout this weekend's Glastonbury Festival members of the Stop Hinkley Campaign will be on site at Worthy Farm to raise the public's awareness of the proposals.