Power for the People - Not Profits for the Few 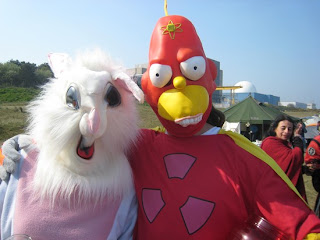 Spend a sunny weekend camping on the beach at Sizewell in Suffolk and learning about the worrying plans for a new nuclear power station at the site. Come and show your opposition to nuclear power and your support for alternative, sustainable energy solutions. The weekend includes a protest at the nuclear power station entrance, workshops and skill shares, woodland and beach walks, delicious vegan grub, and networking opportunities. Now is the time to take action against nuclear new build. Come and join us to say: ‘Nuclear Power? – No Thanks!’


Demonstration, Saturday 21st April, 12noon, at the entrance to Sizewell A and B

A demonstration outside the gates of Sizewell, opposing nuclear power and nuclear new build, and supporting sustainable alternatives.

Saturday and Sunday, at the Camp

A number of workshops have been proposed, including: 'Nuclear Power - A Rational Response to Climate Change and Energy Security?', 'Nuclear Physics for Beginners', 'Extreme Energy - Scraping the Bottom of the Barrel', 'Alternative Energy', as well as guided walks along the beach and into the woods EDF intends to destroy.

Sizewell is on the Suffolk coast, about 8 miles from the A12 and 100 miles east of (central) London. The nearest train station is Saxmundham, which is 7 miles from Sizewell. (Contact us if you need transport from the train station.)

The postcode for the power station is IP16 4UE, if you want to look it up on the Internet.

Coach leaves at 8.15am prompt from the Embankment (probably opposite side to the river to the left of the riverside entrance from Embankment tube)and will also pick up at 9am prompt from outside Redbridge tube station (Central line.). It will arrive outside the main gate of Sizewell nuclear power station in Suffolk by the start of the planned demo there at noon. (PS there is a pub for food, drink and toilets opposite the gate)

Return tickets are £20 (waged), or as much as you can afford (unwaged), but £10 seems reasonable. Half-price (one-way) tickets are available for those who want to stay on at the camp into Sunday, or Monday morning.

The coach will leave at 5pm prompt on Saturday from outside the main gate for the return journey, getting back to London by about 8pm. (PS there will also be a toilet on the coach.)

Please say whether you intend to join the coach at Embankment (E) or Redbridge (R)
Further info about London coach: 020-7607 2302;  david.lrcnd [at] cnduk.org

We want as many people as possible to feel comfortable at the camp, so please no heavy drinking or loud music. The camp will be run not for you but by you, so please be prepared to help out with the running of the camp.

Please let us know (contact details below) if you are thinking of coming, so we have an idea of numbers for catering, etc.

We also need bodies to help with camp set up on Friday, and 'tat down' - taking down the camp - on Monday morning, so let us know if you're up for helping out with either of those.